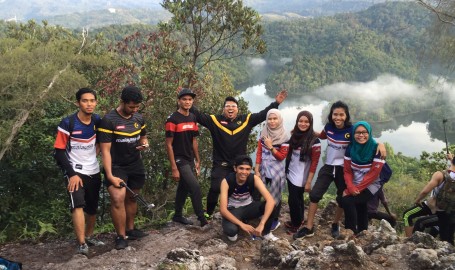 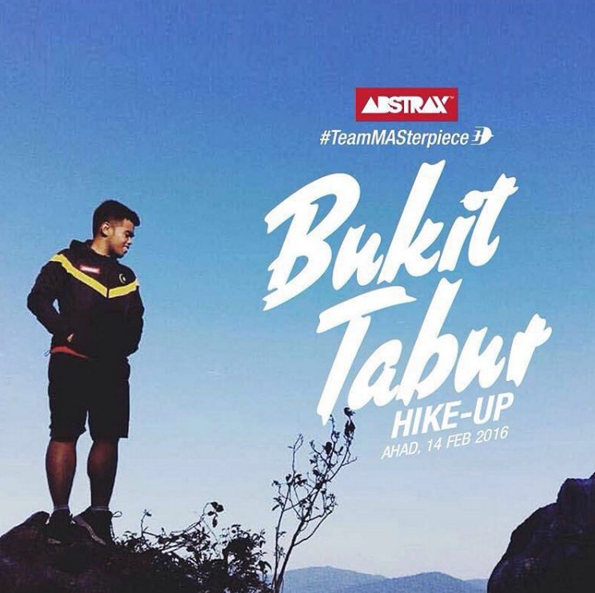 On 14th February 2016, ABSTRAX held an event called #ABSTRAXHikeUp at Bukit Tabur and we have chosen East Tabur. This event is held for #VirusMY #MASterpiece #Nitro and #TributeMY team. It was a last minute decision for us, the interns (Bibi, Kino, Piqa) where we decided to join 4 hours before the event.  Deen was the one who made us change our minds.

5:30 a.m. : We called Deen (God knows how many times) and all we got was the answer from voicemail.  So Deen bailed on us, and he overslept. (We MADE him work alone later that day)

5:45 a.m. : We proceeded to BHP Taman Melawati.  Where all the #AxForce and #abstraXarmy gather before the expedition.  There are so many unfamiliar faces and we were keen to know them personally.  As for us, this is our first time experience.

6:45 a.m. : Expedition begins! And Jason and Fatin were confused which way to start. They even brought us to a wrong route but they managed to find the right route to start.  It was so dark, and us (the noob interns) used our phone as a flashlight (this was not a good idea to be honest). It was slippery for Bibi and Kino because they wore Converse (THIS WAS NOT A GOOD IDEA) and we regretted it the whole morning until we vowed ourselves not to repeat the same mistake.

7:00 a.m. : Kino was so tired and her legs cramped, it was just 15 minutes after we started hiking.  What a girl Kino! Oh, we did not warm up before we started hiking. We stopped until she is fine then we continued our hiking expedition.

One of the view whilst we were taking a break. Good morning Kuala Lumpur.

7:30 a.m. : DR and Piqa reached Stage 1 of Bukit Tabur and then Kino and Bibi reached there later.  You know what was the most disappointing part for Kino and Bibi when they reached there? Being lied by both Dr. and Piqa by saying “we made it guys, we are at the peak!” God knows how frustrated both of us felt.  And an honest confession is, the views were magnificent, we appreciated all the God’s creations and humans’ too.  You literally want to kiss the clouds because they were so fluffy from up here. 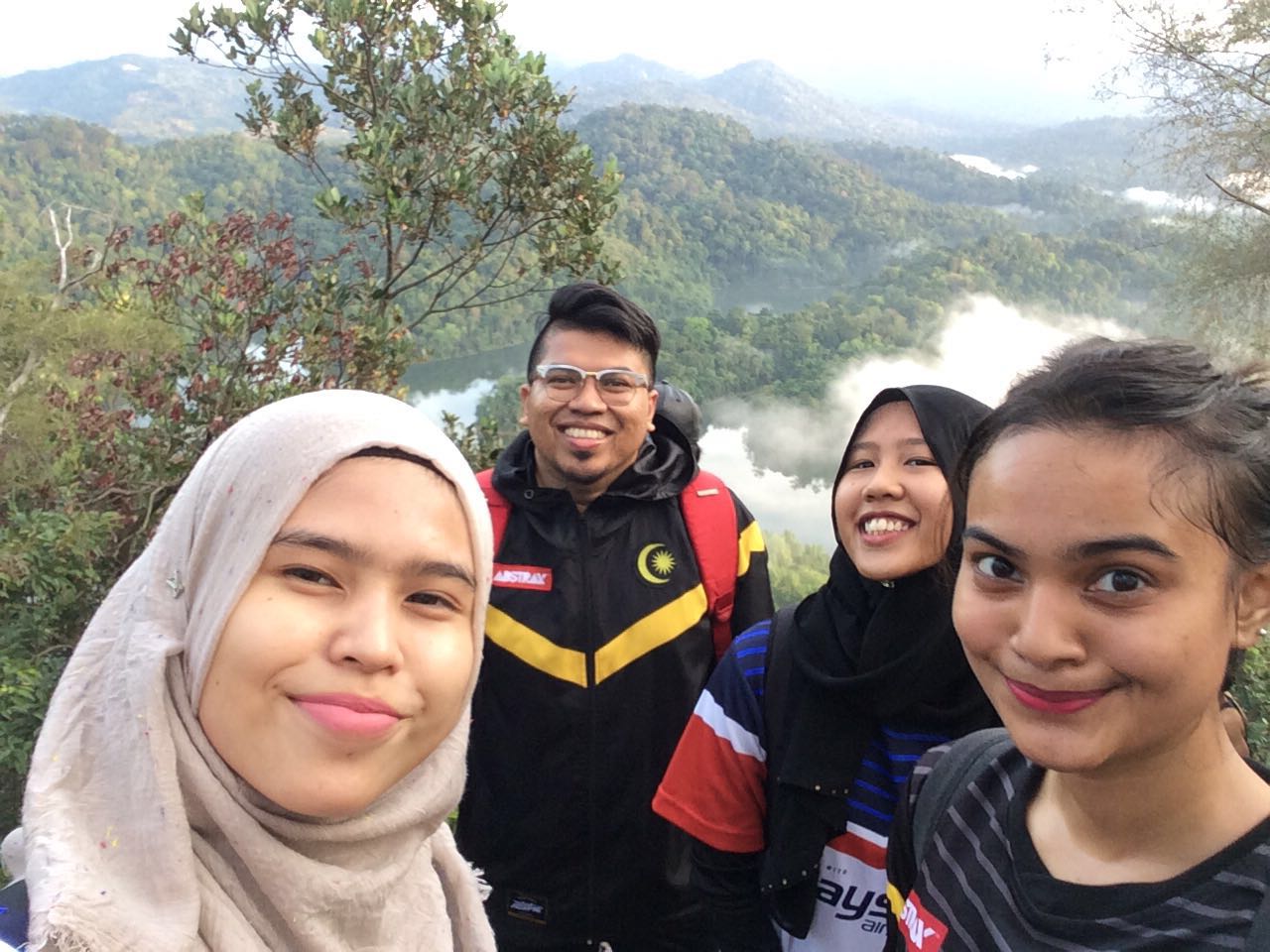 We were wondering if at Stage 1 the view is this magnificent, what about at the peak of Bukit Tabur.

8:00 a.m. : So we continued our expedition, rocks and woods we have gotten through.  A little cuts here and there were not a big deal.

8:30 a.m. : Piqa was having a stomach ache, and we were at the Stage 2 of Bukit Tabur but it is okay. We have to go back to find a ‘spot’ for her so we climbed down in the jungle but she said the “the butterfly in my stomach is gone”. Thanks Piqa! 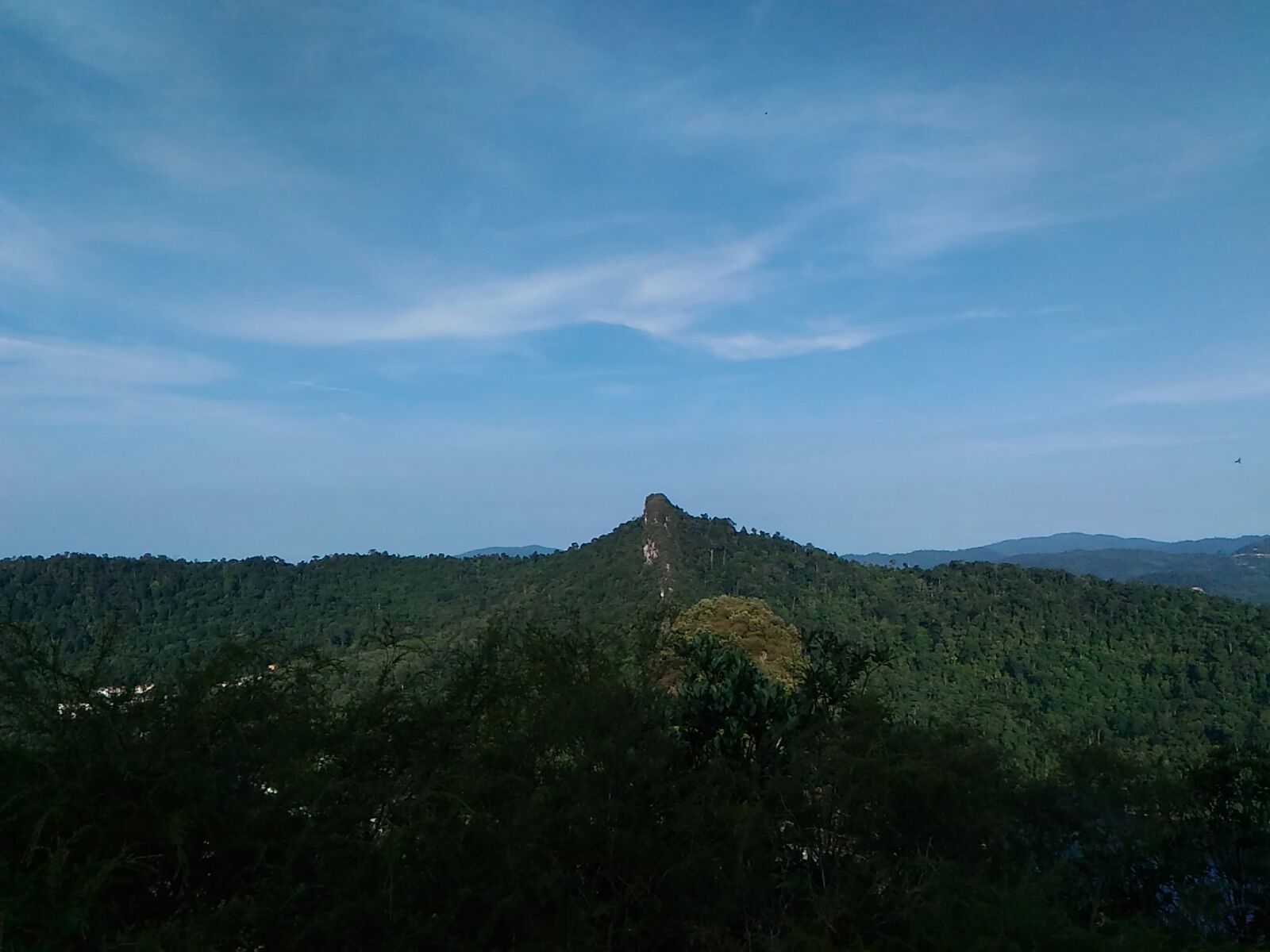 9:00 a.m. : There were so many people climbing down the hill at the final stage, Stage 3.  We were literally stuck there. Piqa decided to return to our car because of her stomach pain.  So there were only Bibi and Kino waiting to climb the final stage.  This stage looks scary and but exciting at the same time.  The hill looks literally 90 degrees. And not to forget there were so many people waiting to climb up. But sadly, we decided to go down because we saw Jason was already climbing down from Stage 3. Both of us are disappointed with ourselves because we did not finish our expedition. The three of us FAILED to reach the peak of Bukit Tabur. (DR, another #ABSTRAXHikeUp please!) 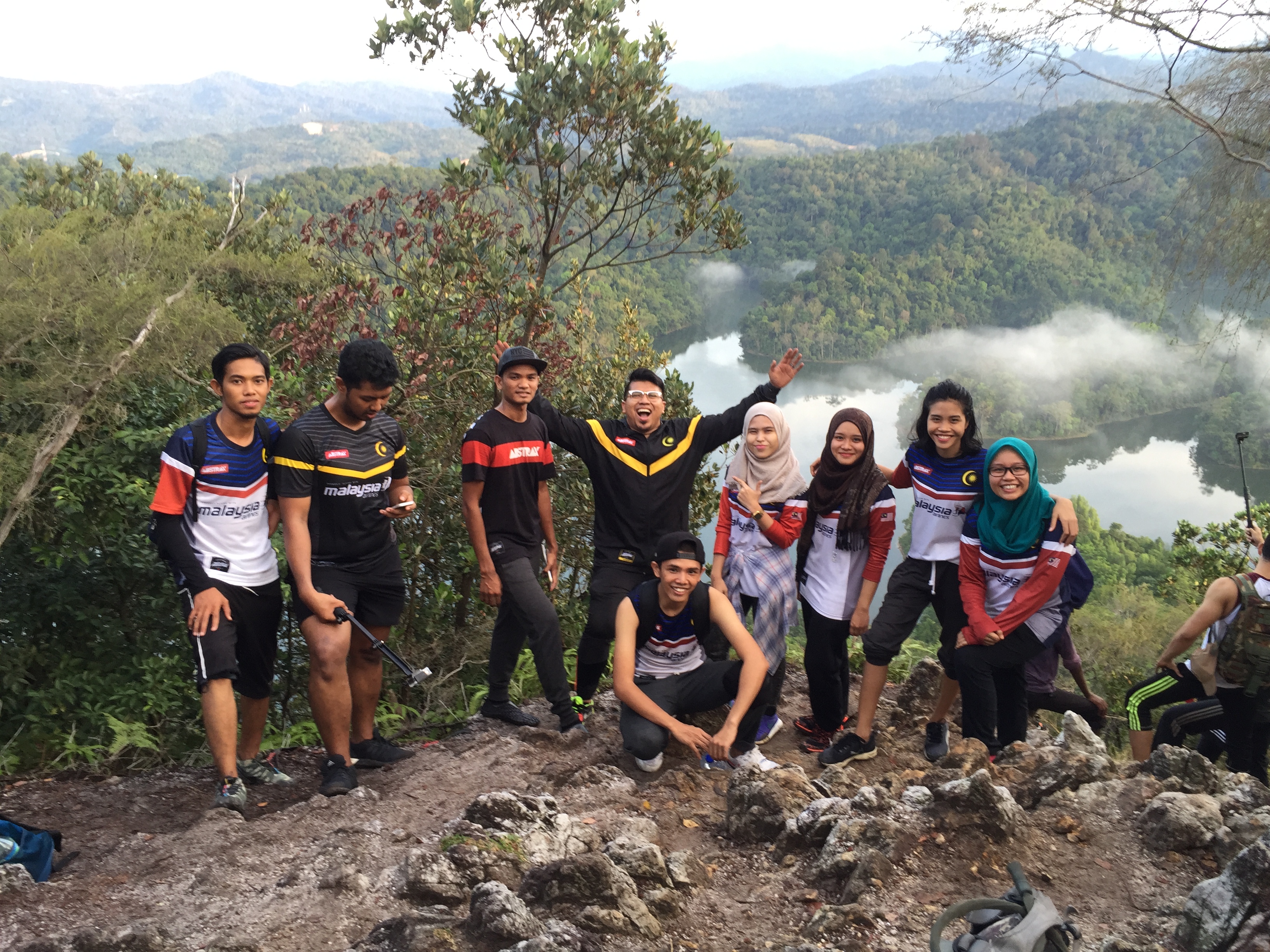 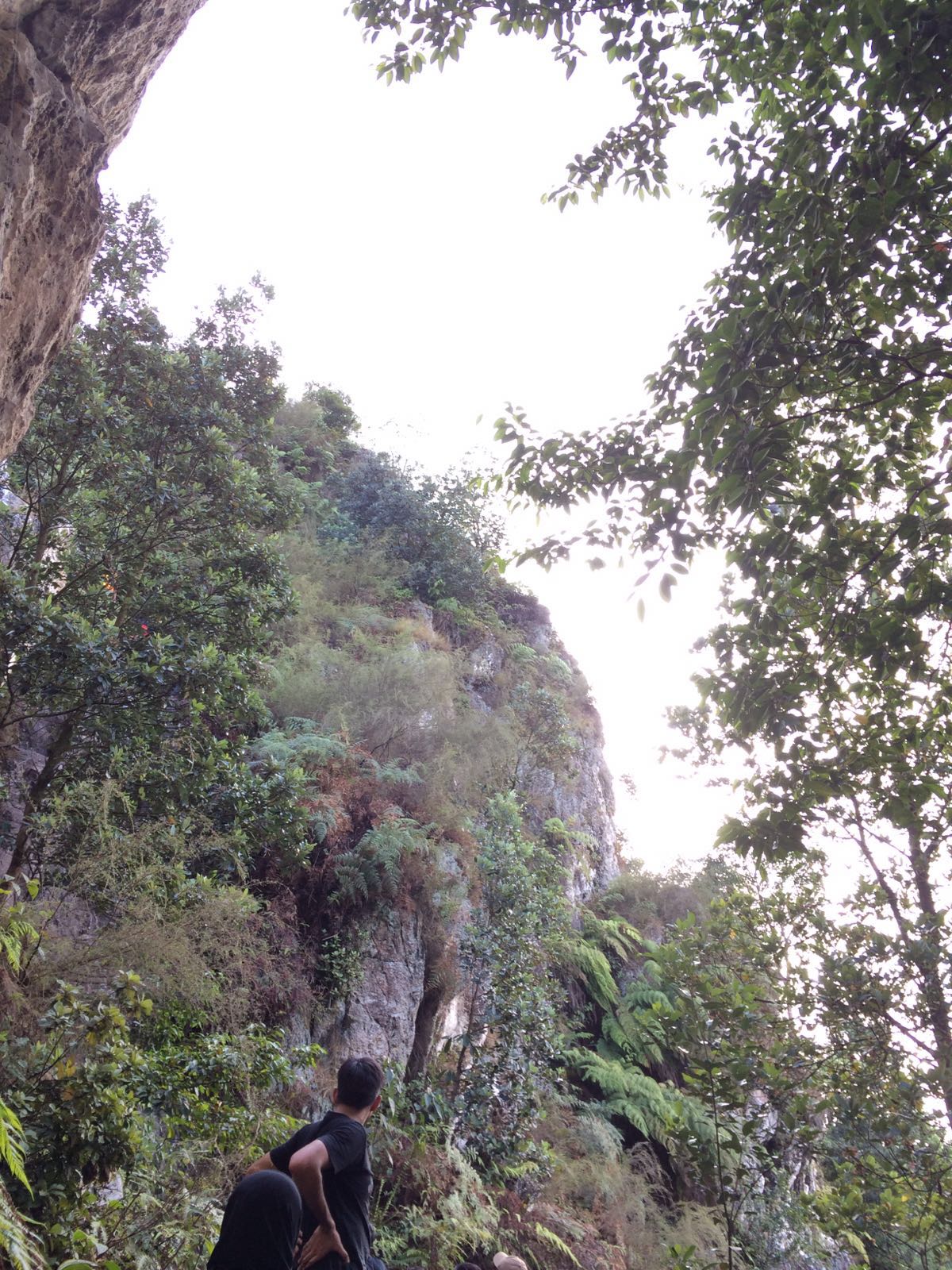 These are how Final Stage of Bukit Tabur looks like. 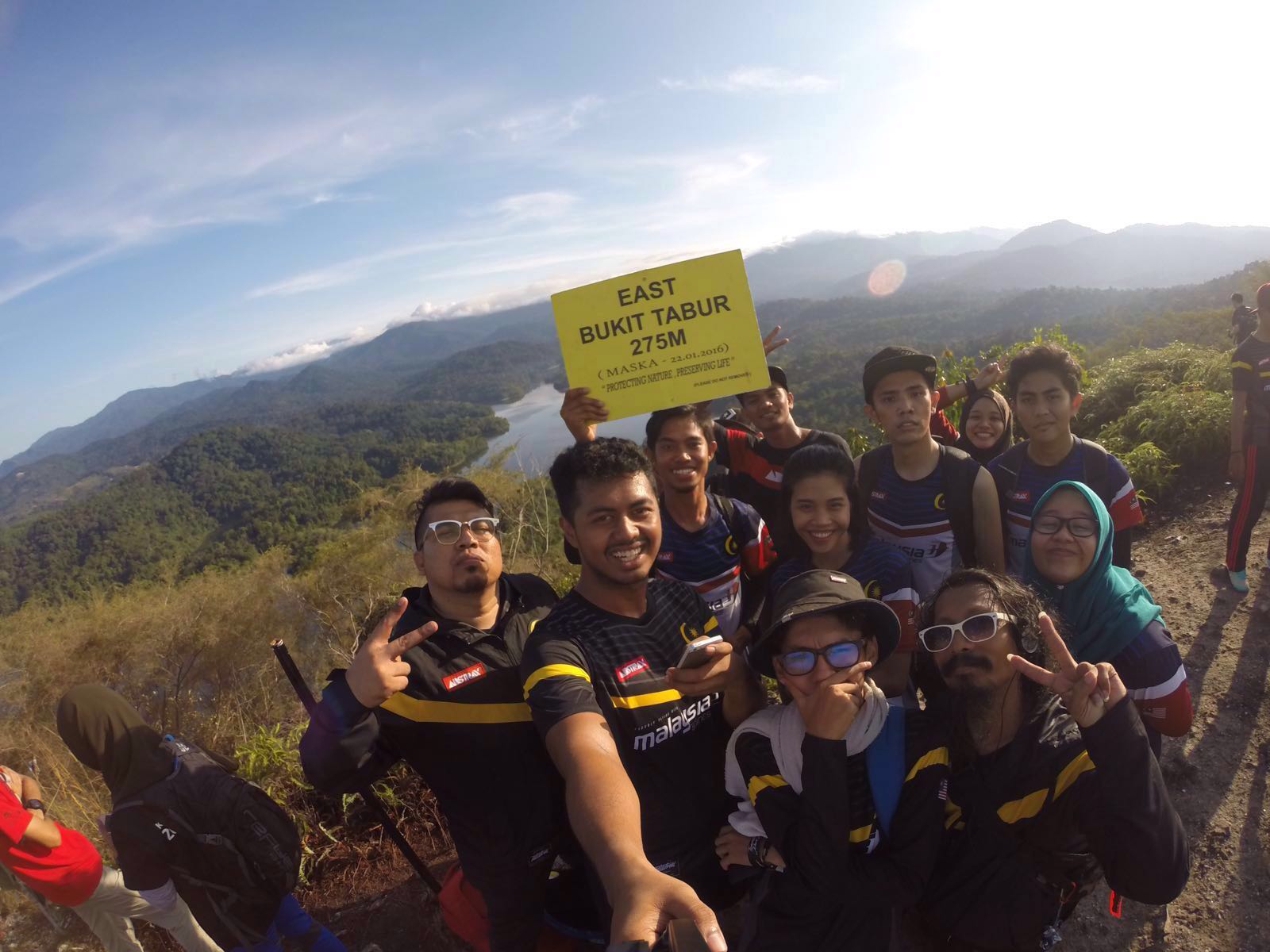 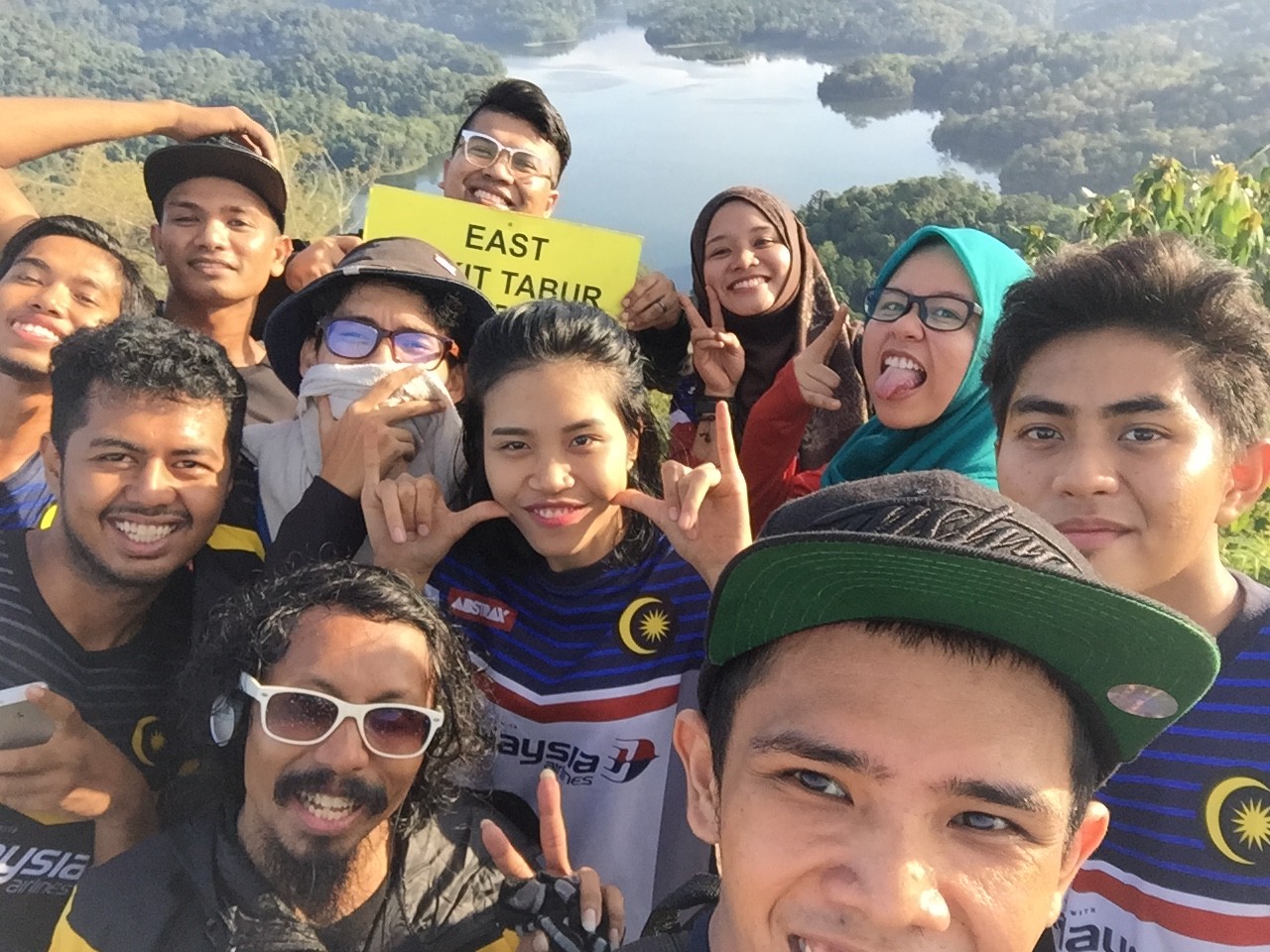 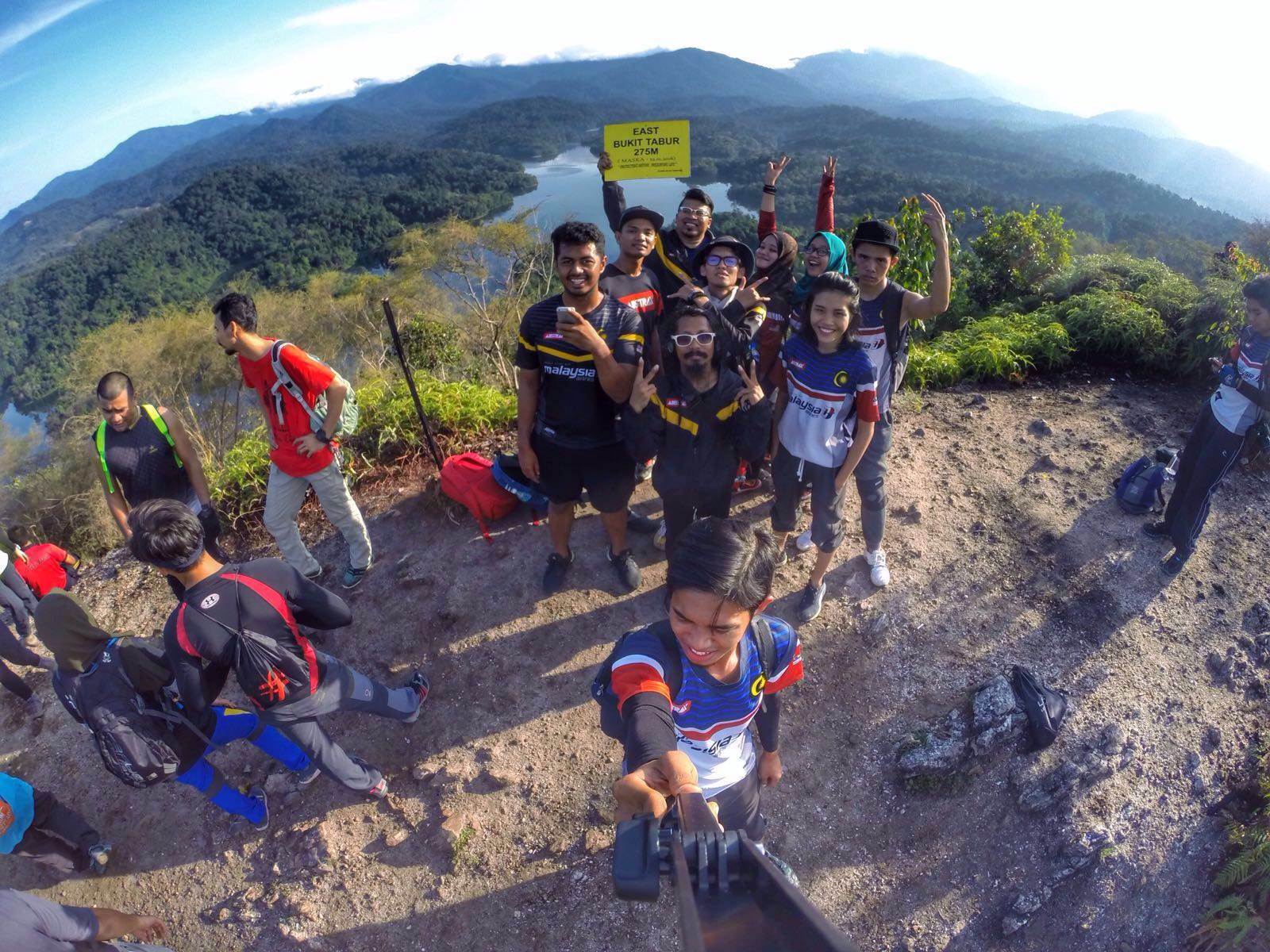 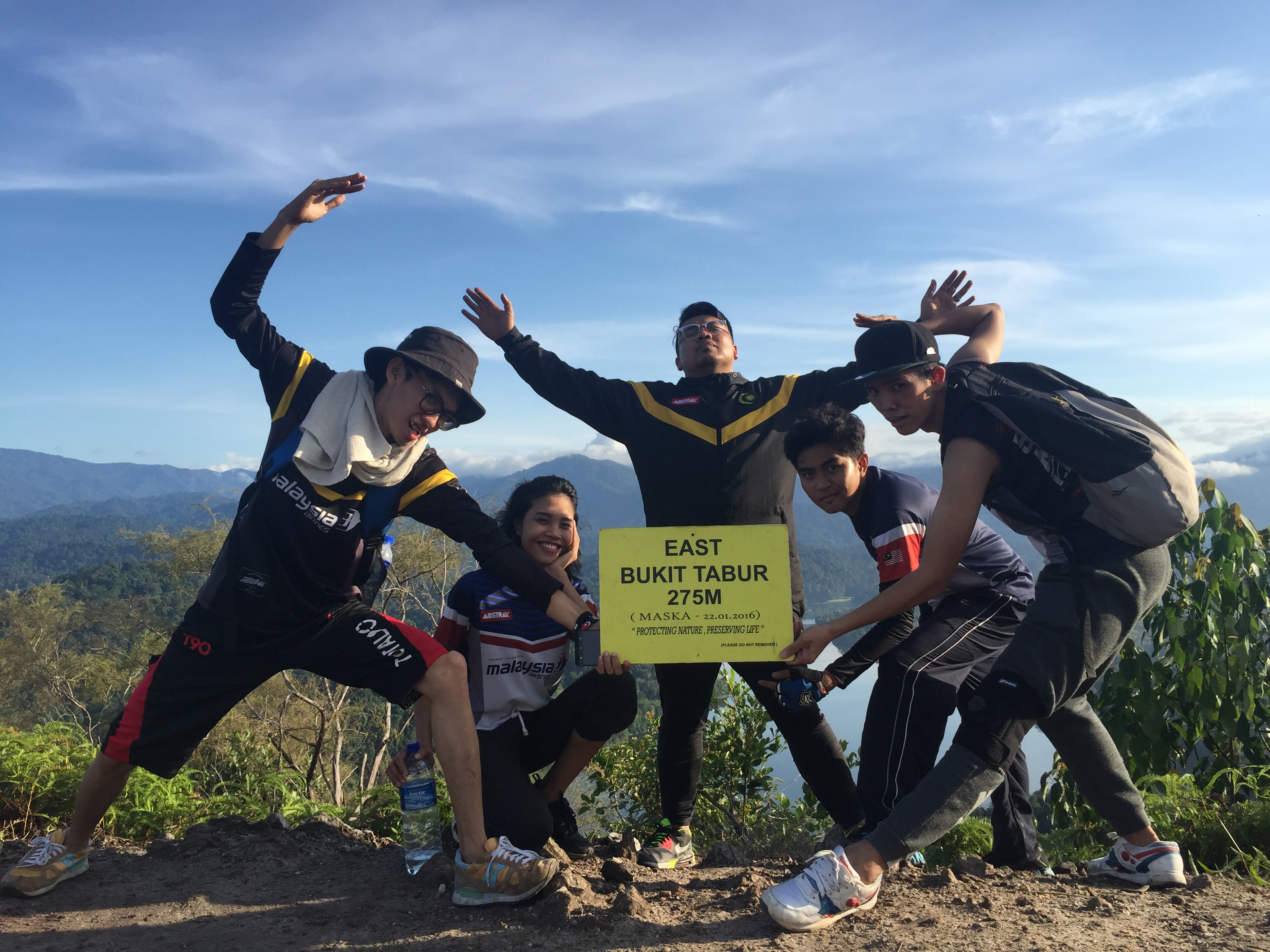 These are the ones who succeeded to be on top of Bukit Tabur. Congratulations guys!

Also, for your information, there were lucky draws for those who succeeded to be at the peak. ABSTRAX is awesome isn’t it? To the lucky five winners, don’t forget to share with us your winning post.

10:30 a.m. : When we were climbing down the hills with our Converse on, (DO NOT do this) it was slippery all the way and both of us were sliding instead of walking because our shoes could not grip the terrain properly. There are also few dangerous moments occurred when we slipped because of misstep.

The three of us managed to climb down safe and sound. It was a wonderful experience. New people and new adventure. Most of the crews are also friendly and nice too. This adventure taught us the meaning of helping each other out by not being selfish (hint to Piqa), also not to give up. We never thought that we are working in a company as cool as ABSTRAX and we are just about 2 weeks working here. Thank you ABSTRAX, nothing can compare to the experience we had.

Signing off,
The  Interns
#AxForce